Get fresh music recommendations delivered to your inbox every Friday.
We've updated our Terms of Use. You can review the changes here.

by They Call Me Rico 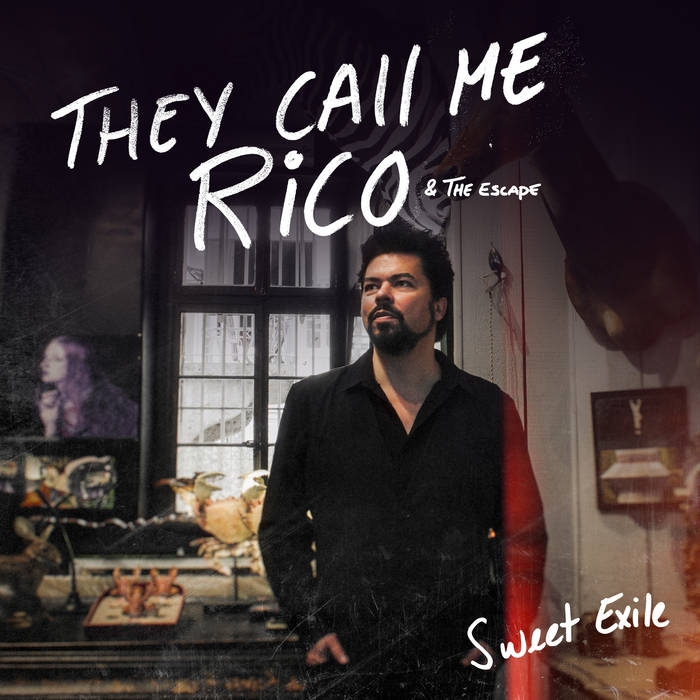 The wanted posters posted around town describe him as a One Man Band. One man alone against the world. A loner who faces the crowd with six strings in his hand, a nervous slide, blowing a harmonica between two verses and the heel of his boot hitting the floor to anchor the beat.

On these stages he is known as Rico.

After three albums, he has come down from the Rocky Mountains of the north, where tree branches bend under the snow, to reach the Mexican border and its infinite horizon.

A new musical adventure in cinemascope fuelled by the hot and arid plains of a Spaghetti Western. Where there is no good or evil. No black, no white. Only patches of gray. Where the rugged, dark and possessed voice of Rico blends folk melodies, powerful blues and intense rock.

Although he usually walks alone, he knows that some battles are better won in numbers…

For his new album Sweet Exile, Rico has recruited two pistoleros, Jean Joly on bass and Josselin Soutrenon on drums. Together, they are Rico & the Escape. With bridles slashing the flanks of their horses, the three men have come together to deliver an ambitious and larger than life sound made up of varied compositions and astounding orchestrations.

By the time Sweet Exile is official released on November 9, 2018, this band of outlaws will add another member, a keyboard player. With the circle complete, the members will deploy enough energy to power a locomotive. A rattlesnake’s tail whistles between their boots...

“... the dazzling They Call Me Rico. An abundance of rock blues, an unstoppable look and above all, a huge sound.”
- Rolling Stone (France), September 2018

“A combination of rugged rural blues and foot tapping rock and roll, an explosive mix that could have come from a meeting between Robert Johnson and Tom Waits.” GUITAR XTREME

“His fingers on the trigger of his six strings, foot on the bass drum, this one-man band has a heavy sound.” LYLO

“His blue note is colored with a thick and deep dye of rock, with wild guitar playing and a rocky voice.” GUITAR PART

They Call Me Rico Montréal, Québec

Bandcamp Daily  your guide to the world of Bandcamp